The Bauhausuniversity in Weimar hosted the International Conference on the Future of City Centres on October 29th-30th 2015.

On both days, best-practice-examples in the northern European area were presented, which demonstrated how public space was changed und modernized and how the dialog between the architects, politicians and the public were mastered.

The three panels „Link – Centerpiece public space“, „Reface – Postmodernism and Centreconversion“ and „Expansion – New Parts of the City Centre“ included each three examples from different cities which were presented by their designers or specialists who were part of the working process. The audience had the chance to ask questions in a post podium discussion.

The first panel, links, was due to projects that were meant to link different parts of a city as well as citizens with the architects and investors. There were examples from Antwerp, Copenhagen and Hannover.

The second panel, Reface, was focused on postmodernism in northern european cities and how these could be modernized. Especially the ground floor of public buildings which takes a great part in social city life, residential building and the amount of space given to cars were problems with different ways to solve them. The presented examples were from Rotterdam, Cologne and Dresden.

„De Groene Singel“ a project from Antwerp, Netherlands presented in the first Panel, was discussed between the panels very much, because of its new concept „Catch and Steer“ to win investors for public projects. „De Groene Singel“ is a circle formed green area around the historic centre of Antwerp with negative connotations because of the high volume of traffic, dangerous and far to less bike and pedestrians paths and overgrown unused parts, which make it even more unattractive.

The office VESPA from Antwerp thought of a new concept to redesign the whole of „De Groene Singel“. The most important point was to find a local strategy, that would calm down the citizens who demonstrated against the groundownership on „De Groene Singel“. So instead of a finished masterplan, VESPA analyzed the whole of the are and transformed their conclusions into a big over all vision „Dreaming of a green river“.

The next step for VESPA was to create visions with digital visualizations, that showed how they were thinking about interfering in „De Groene Singel“ to make it an attractive destination again.

These Visions, were used to persuade the Government, as well as the citizens and the potential investors to take part in their realizations. The choice, which of their visions would be realized was made by the public or the private investors that could be persuaded. Still it was very important that the investors got a chance to communicate their own ideas of their projects, but still the ground concept of each project was chosen and approved by the public.

The realization of the visions is still going on, but with the start more and more public projects became part of the big dream of a green river and were designed by VESPA to be an integral part of the new „Groene Singel“. 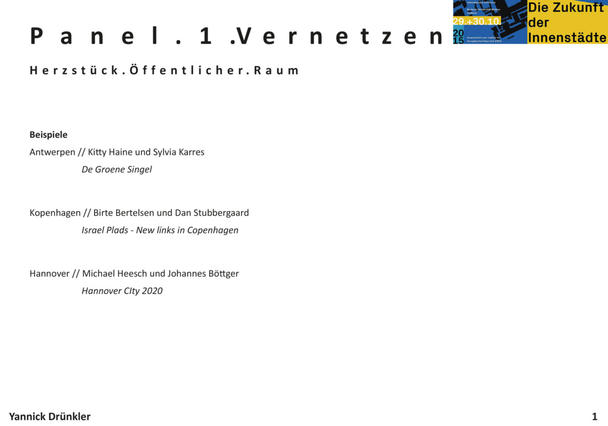 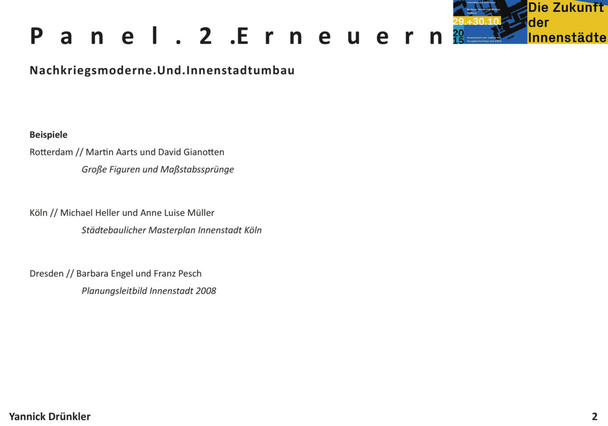 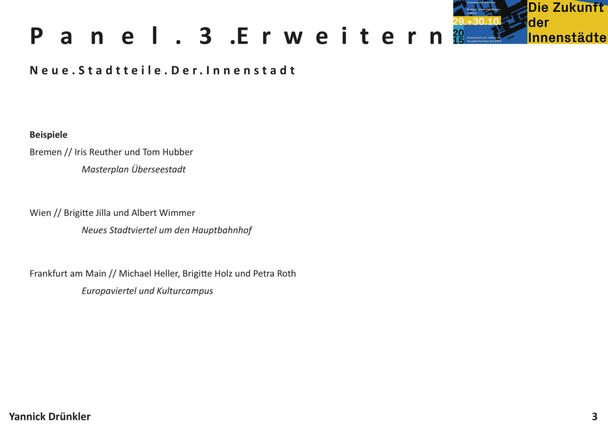 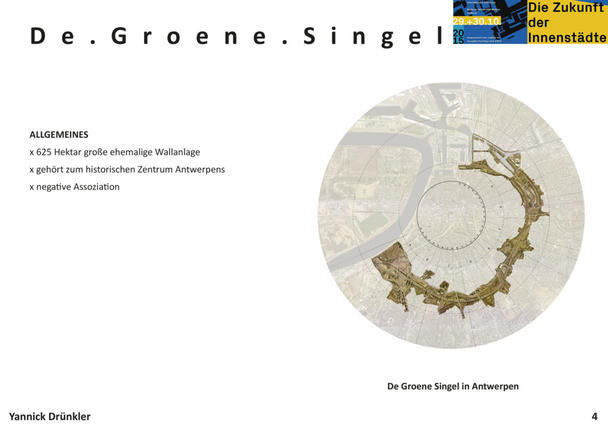 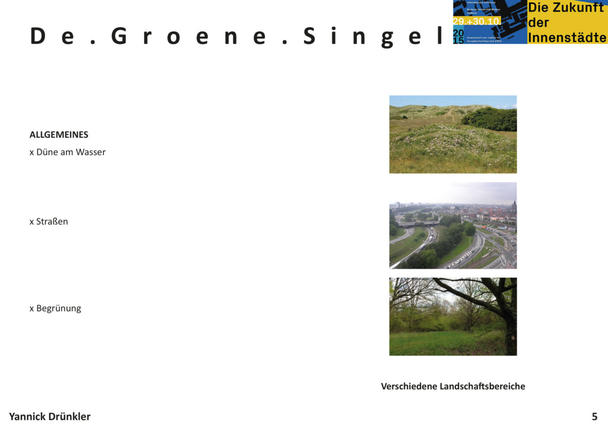 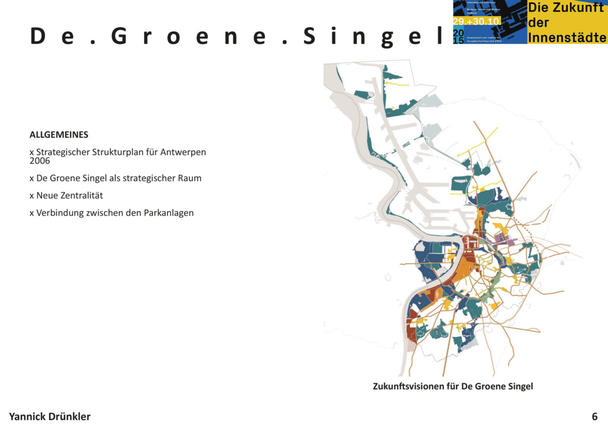 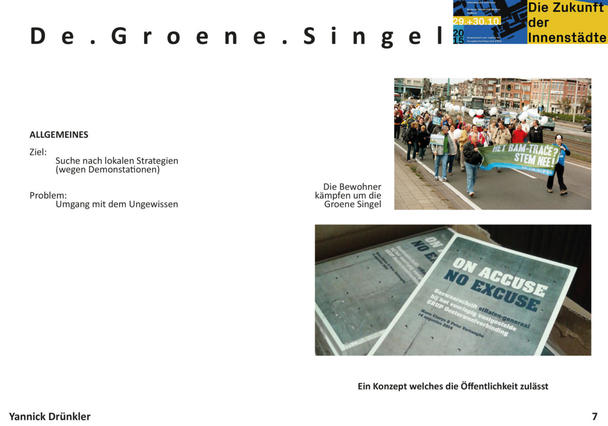 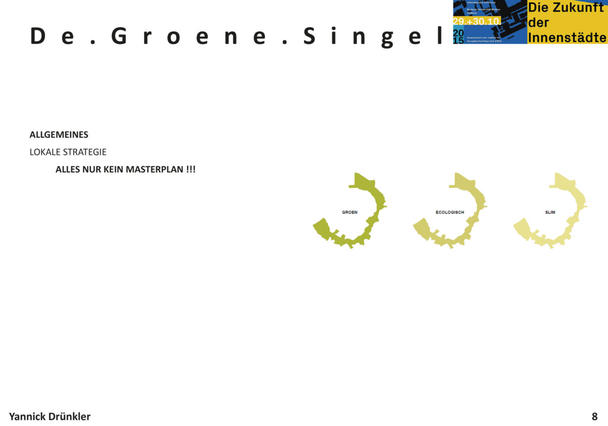 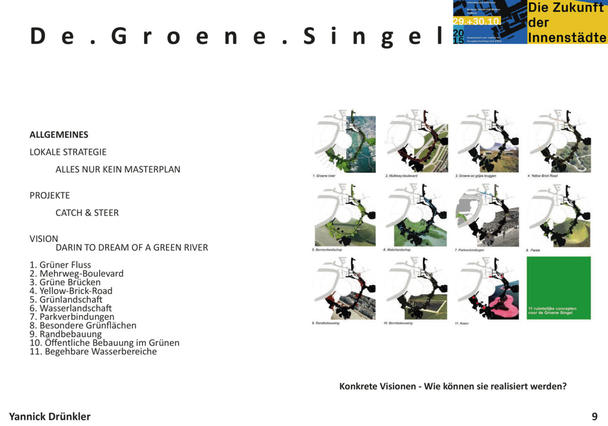 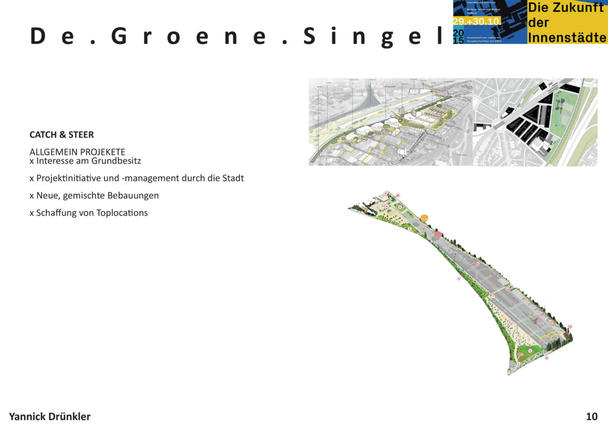 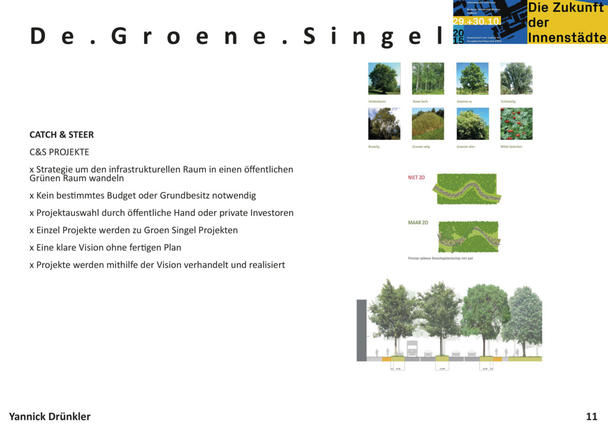 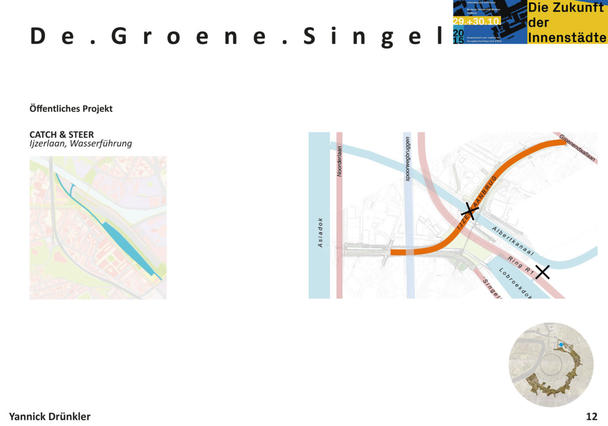 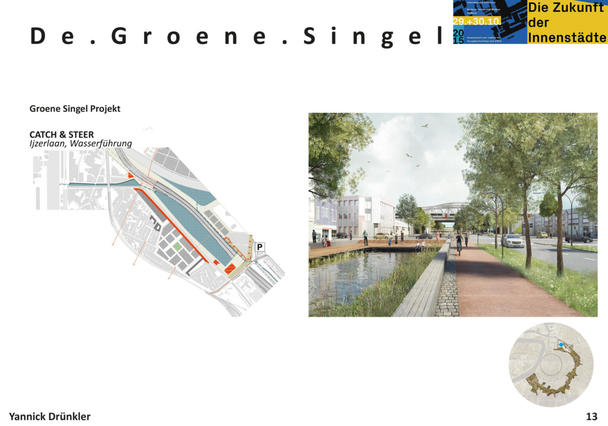 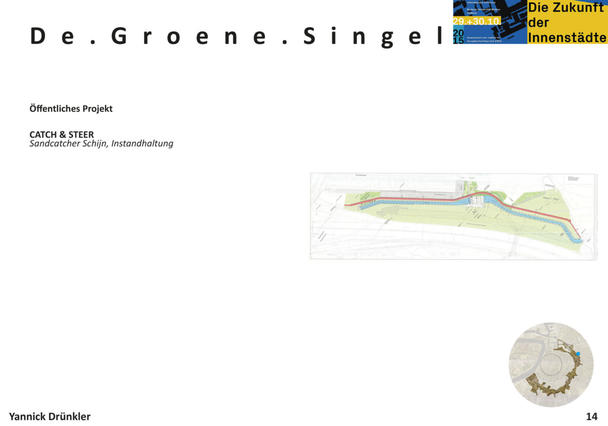 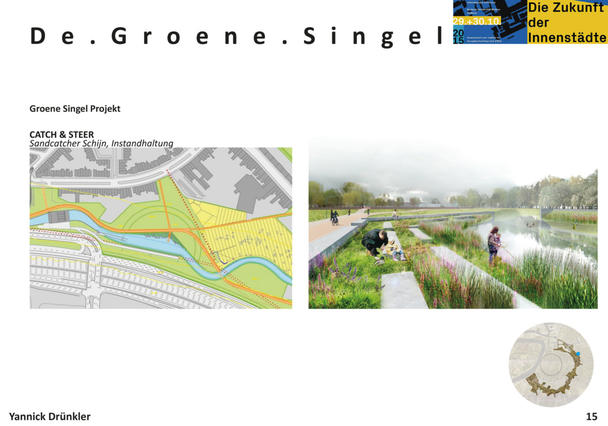 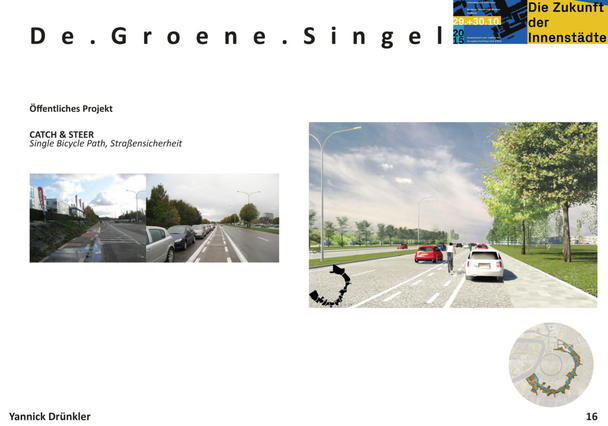 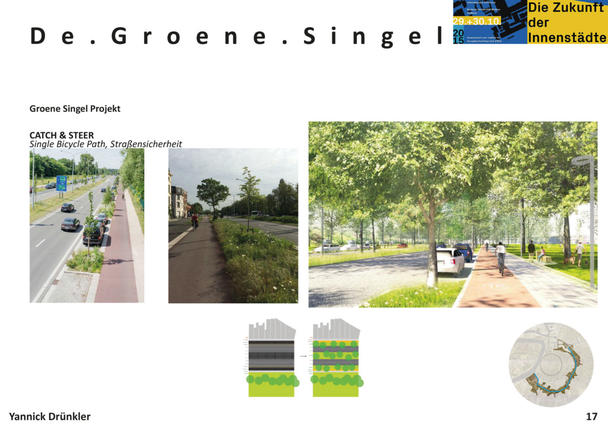 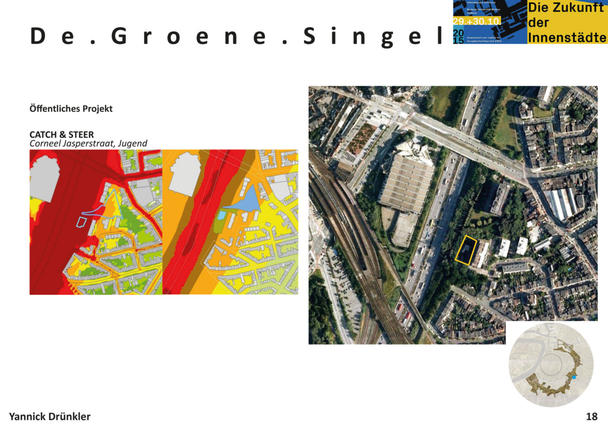 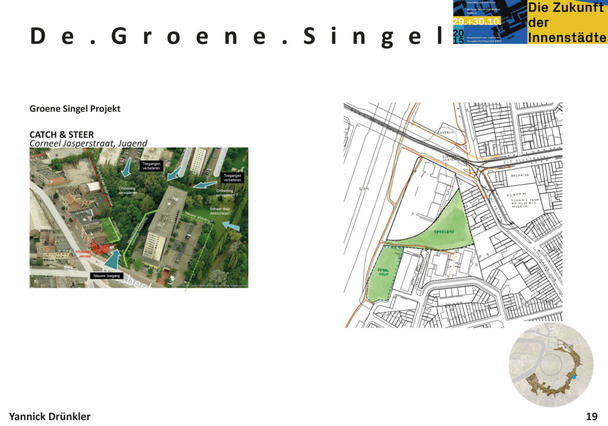 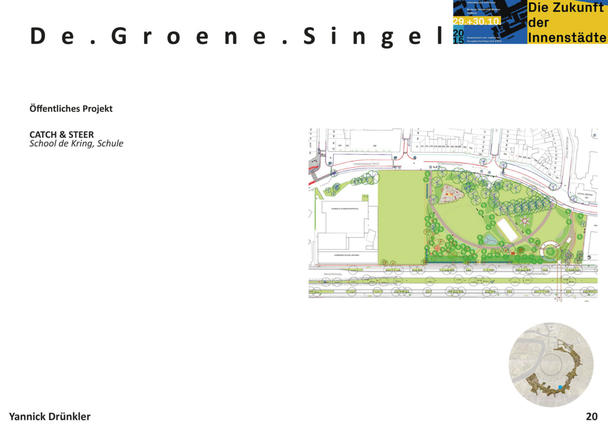 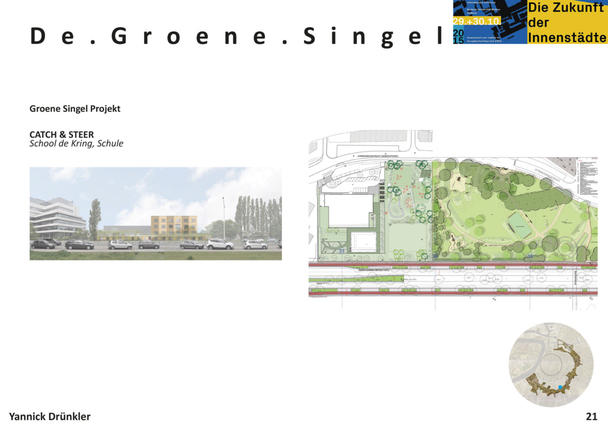 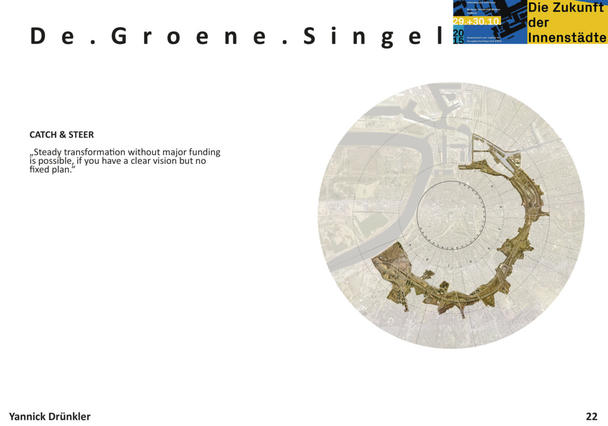